The Tina’s Wish Scientific Advisory Board (SAB) is a team of scientific and medical ovarian cancer experts who provide strategic and scientific guidance to the foundation. 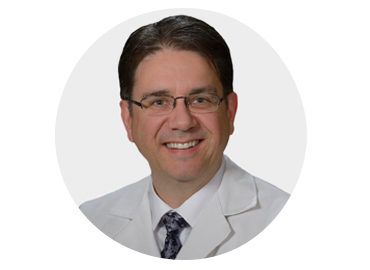 The Drapkin laboratory focuses on understanding the genetic, molecular, and physiological factors that drive the development of ovarian cancer. Dr. Drapkin’s work led to the appreciation that the fallopian tube is likely the site of origin for a majority of high-grade serous ovarian carcinomas. This finding was a paradigm shift in the field and motivated his lab to develop novel experimental model systems to study the fallopian tube and determine what makes it susceptible to becoming a cancer.

Dr. Drapkin is currently a Tina’s Wish Individual Investigator and Consortium Grant Recipient for 2019-2021. Read more about his work to discover genetic and protein biomarkers indicative of ovarian cancer here, and his work to develop early-detection methods here. 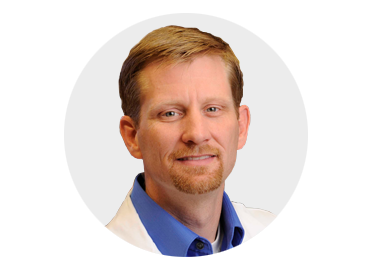 Charles "Chip" Landen, MD is a gynecologic oncologist and an Associate Professor in the Gynecologic Oncology Division at the University of Virginia and the Associate Leader of the Women's Oncology Program at the UVA Cancer Center.

As a Tina’s Wish 2017/18 funded researcher, Dr. Landen has shown that DNA from ovarian cancer cells within the peritoneal cavity (the area that contains the abdominal organs) can be detected in the discharge collected on a tampon specimen after being placed overnight in patients with advanced ovarian cancer. Dr. Landen’s lab is performing experiments to see if this noninvasive method can be used for detection of early-stage, or even premalignant, ovarian cancer. 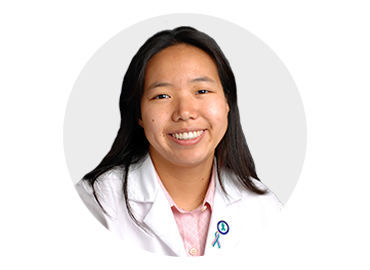 Joyce Liu, MD, MPH, joined the staff of Dana-Farber and Brigham and Women’s Hospital in 2008, where she is a medical oncologist and clinical investigator in the Gynecologic Oncology Program. She received her MD from Harvard Medical School and completed her residency in Internal Medicine at Brigham and Women’s Hospital, and her fellowship in Hematology Oncology at the Dana-Farber Cancer Institute. Dr. Liu's research focuses on identifying and validating potential therapeutic targets in advanced platinum-resistant ovarian cancer, in an in-vitro setting as well as in a mouse model of ovarian cancer.

In the 5th issue of Dana-Farber’s Inside the Institute, Dr. Liu discusses the importance of federal funding after her successful clinical trial, which was funded by the National Cancer Institute, proved that a novel two-drug combination nearly doubled progression-free survival for many women with ovarian cancer. 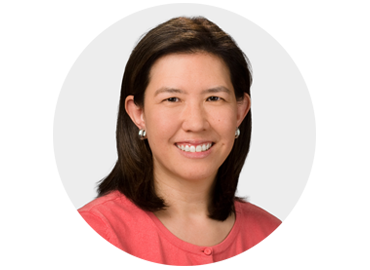 Her main clinical interests include the surgical and medical treatment of women with ovarian and endometrial cancers, as well as the management of women at genetically high risk for these cancers.

Dr. Lu serves as Co-Director for the MD Anderson Clinical Cancer Genetics Program and Director of the High-Risk Ovarian Cancer Screening Clinic. She is a national leader in the cancer genetics field and has published seminal articles on hereditary gynecologic cancers. She has led national studies in ovarian cancer early detection and prevention. In addition, she serves as Principal Investigator of the NCI-sponsored Uterine Cancer Specialized Program of Research Excellence (SPORE).

Dr. Lu takes pride in having mentored many clinical fellows and trainees and has been awarded an MD Anderson Outstanding Educator Award. She has consistently been featured as one of America’s Top Doctors.

Dr. Lu received her MD from Yale University, and her MHCM and BA from Harvard University. 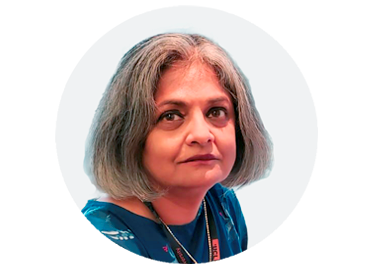 Usha Menon, MD, is Professor of Gynecological Oncology and Lead, Training and Capacity Strengthening at the Medical Research Council Clinical Trials Unit at UCL (University College London) and honorary Consultant Gynecologist at UCLH NHS Foundation Trust in London. She is a Fellow of the Royal College of Obstetrics and Gynecology, UK.

She was one of the principal investigators on the UK ovarian cancer screening trials and studies exploring symptoms of ovarian cancer. The latter includes the UK Collaborative Trial of Ovarian Cancer Screening - a randomized control trial of over 202,000 women.

Additional research interests include genetic and environmental risk factors and novel biomarkers for ovarian cancers and early detection of other cancers.