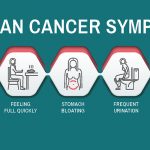 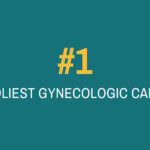 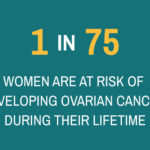 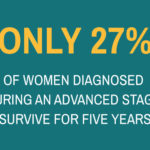 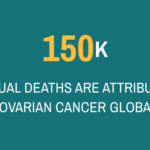 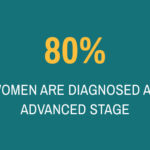 WHAT IS OVARIAN CANCER?

Ovarian cancer occurs when cells in the ovary grow and divide uncontrollably. The cells may form a tumor on the ovary, or they also can break off from the main tumor and spread to other parts of the body. Although ovarian cancer can spread throughout the entire body, in most cases it stays in the abdomen and affects organs such as the intestines, liver and stomach. There are several types of ovarian cancer. However, most cancers of the ovary come from the cells that make up the outer lining of the ovary.

HOW COMMON IS OVARIAN CANCER?

WHAT ARE SOME RISK FACTORS FOR OVARIAN CANCER

The exact causes of ovarian cancer are not known. However, studies show that the following risk factors may increase the chance of developing this disease:

MORE INFORMATION ABOUT OVARIAN CANCER CAN BE OBTAINED BY CONTACTING:

National Cancer Institute at the National Institutes of Health
(800) 422-6237 | cancer.gov