AFTER MY DOUBLE MASECTOMY & HYSTERECTOMY, I GAINED MORE THAN I LOST
[contact-form-7 404 "Not Found"]
JOIN OUR MAILING LISTCONTACT
DONATE 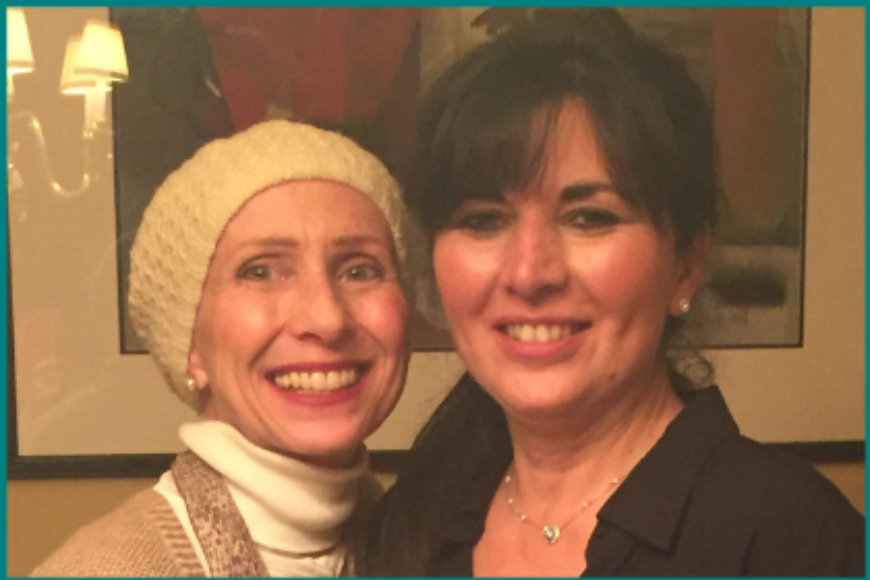 AFTER MY DOUBLE MASTECTOMY & HYSTERECTOMY, I GAINED MORE THAN I LOST 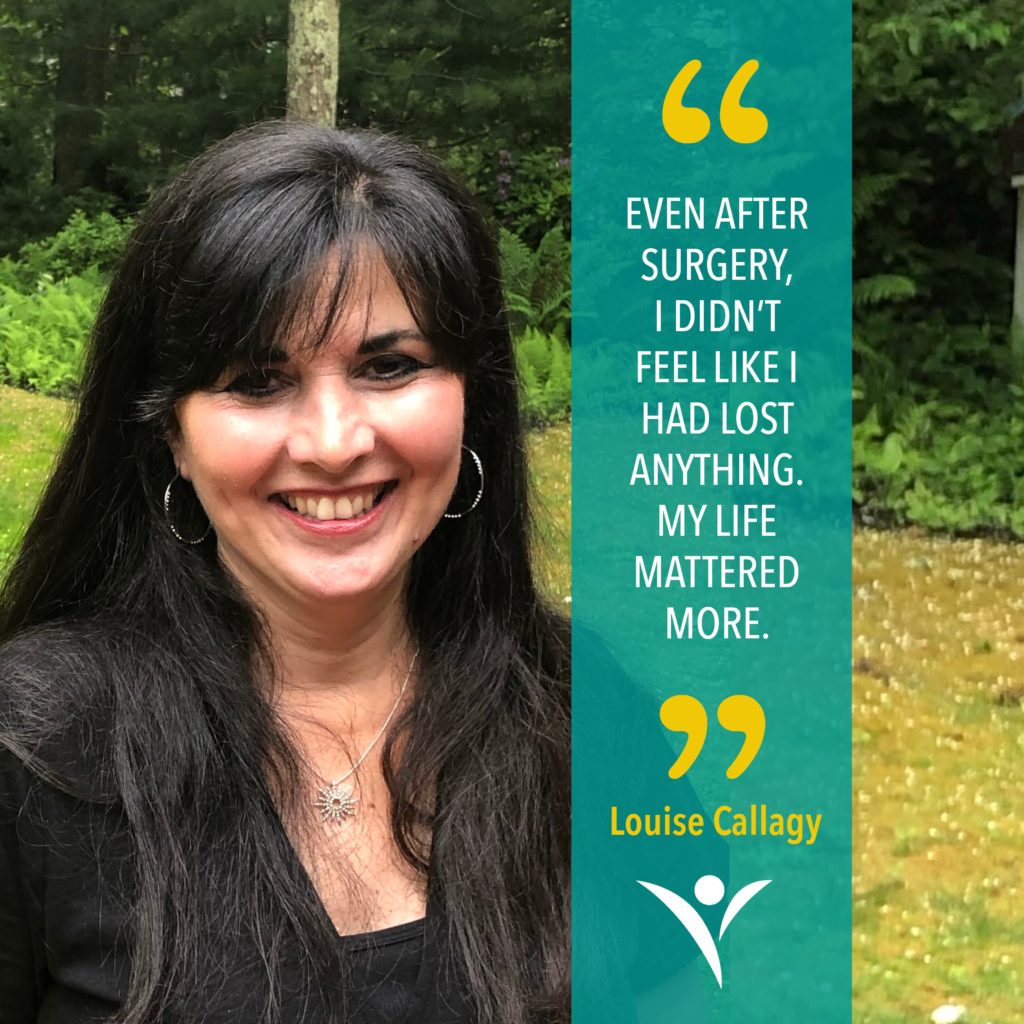 Making the mental decision to voluntarily undergo a double mastectomy and hysterectomy was one of the hardest decisions of my life. Some people who are not familiar with breast or ovarian cancer think that cutting off non-diseased tissue is a radical idea. After all, who would want to undergo multiple extensive procedures if you had no known signs or symptoms of cancer? My mother endured a 2-year battle with breast cancer and passed away in 1989. It would only be 22 years later when my sister Anita was diagnosed with ovarian cancer in 2011. Around this time, Anita also learned from genetic testing that she carried a BRCA 1 mutation, an error in her DNA that had heightened her risk for ovarian, breast and pancreatic cancer. Knowing I had at least 2 direct relatives with related cancers, I suspected that this same mutation was passed down to me. Up until this point, I thought that my annual mammogram and sonogram scans were enough. However, Anita’s diagnosis made taking new actions a priority for me. 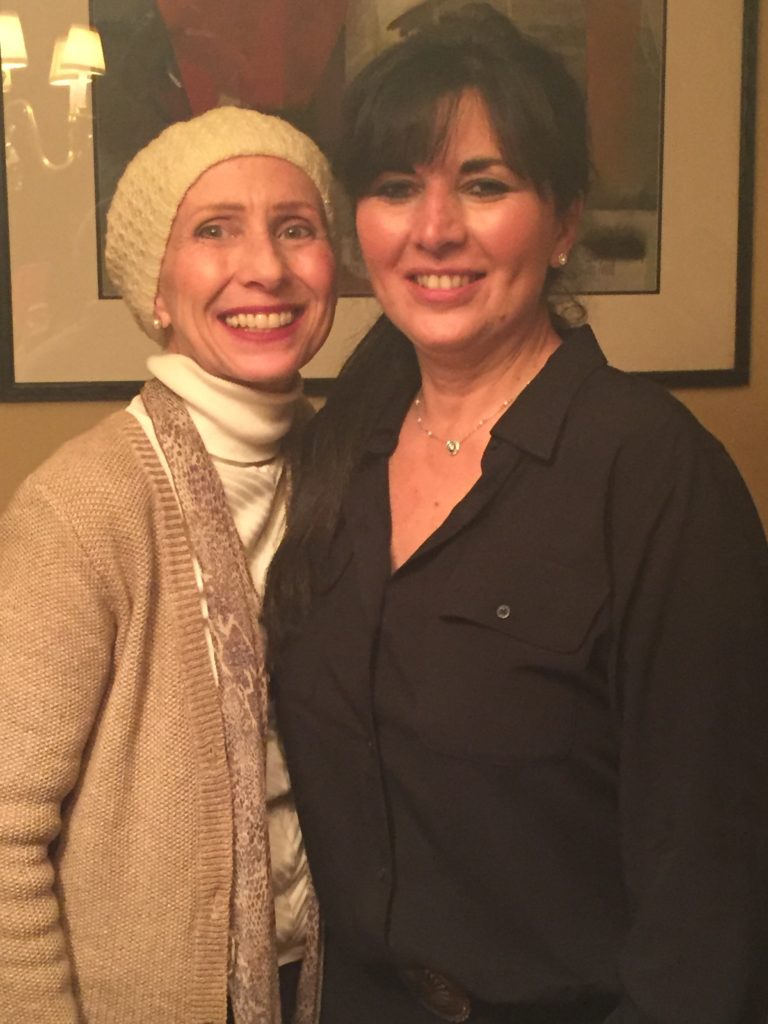 I decided to seek genetic counseling. From only one sample of my saliva, it was revealed to me that I too carried this genetic mutation. It was now clear to me that this defective form of BRCA 1 was passed down through the generations. The way I saw it, I had 2 choices; either continue surveillance and anxiously await the results of each scan, or eliminate this process altogether with risk reducing surgeries. When I received my genetic report, I was told that I had up to an 87% chance of developing breast cancer and up to a 63% chance of developing ovarian cancer (by the time I was 70). If I had the surgeries, this risk would be significantly reduced.

Ultimately, I decided to have back-to-back surgeries, jumping in headfirst, leaving no room for regret. My hysterectomy was scheduled first. At this time, I had already had 3 children and was in menopause. Having my uterus, fallopian tubes and ovaries removed was not important to me, and given the option of laser surgery, this procedure was a no-brainer. I was given a month to recover and my double mastectomy was scheduled a few weeks later. Breast reconstruction would continue for most of that year. My recovery was not always easy during this time, but knowing this would all be behind me in a year minimized my anxiety and made it bearable.

“The way I saw it, I had 2 choices; either continue surveillance and anxiously await the results of each scan, or eliminate this process altogether with risk reducing surgeries.”

I remember waking up in recovery following the mastectomy, not sure how I would feel about losing my breasts. In the back of my mind, I knew I would be getting reconstruction. However, there still was that notion of taking off what had previously defined me as a woman. Oddly, I felt the opposite. I was relieved that even after surgery, I didn’t feel like I had lost anything. My life mattered more. I gained more than I lost. I was in control of the anxiety that I had associated with this disease all these years. Most importantly, I acquired feelings of strength and control over my body. If anything was going to take my breasts, it would be my decision, not that of a deadly disease.

My ordeal is past me now, but I still grieve the loss of my sister. She endured her battle with ovarian cancer for 7 years. She was brave, always hopeful and endured her illness with the utmost grace. Despite that, she was a beautiful life cut short. My fate like everyone’s is unknown, but I’m sure the decision I made was a positive step in closing a door to this silent and deadly form of cancer. Unfortunately, it took Anita’s illness for me to make my own life saving changes. I hope her story and legacy can do the same for other women.