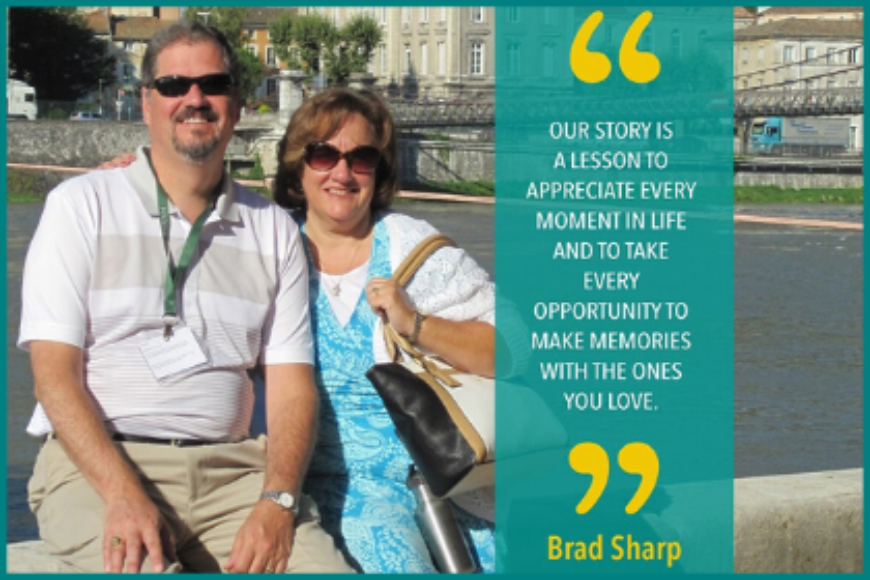 Our Story Demonstrates the Real Problem with Ovarian Cancer 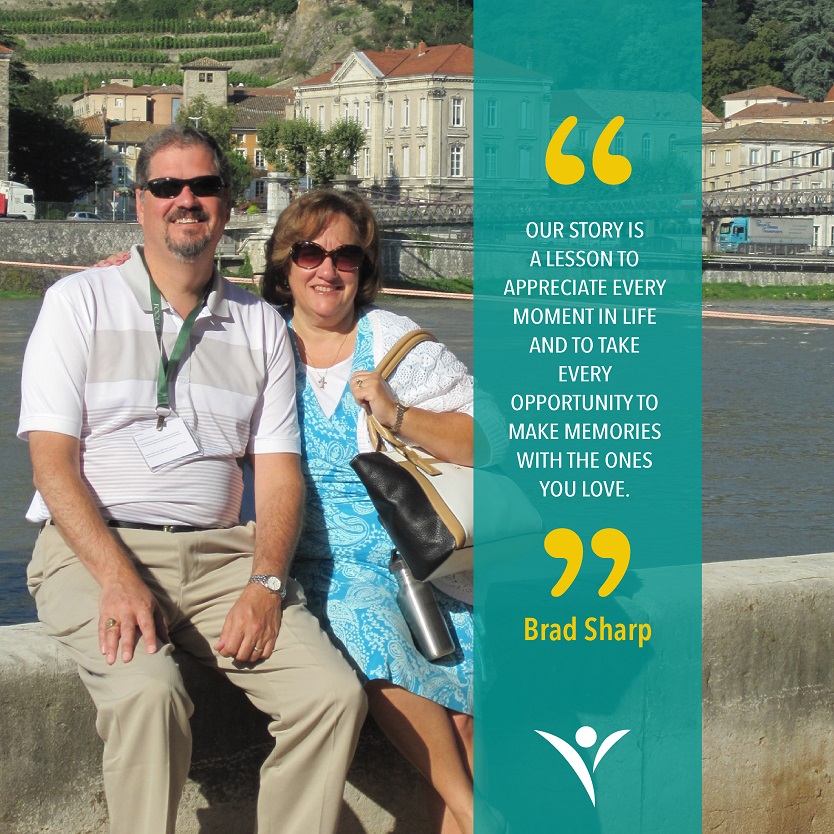 My late wife Cindy grew up in Los Angeles and I grew up in Grand Junction, Colorado. We met in high school when Cindy moved to Colorado but didn’t form a relationship until we met again in college. By our second date, I knew I wanted to spend the rest of my life with her.

Cindy and I were married one week after my 21st birthday and moved to LA after we both graduated from college. A couple of years later we had our daughter Jennifer; four years later, our son Ted was born. 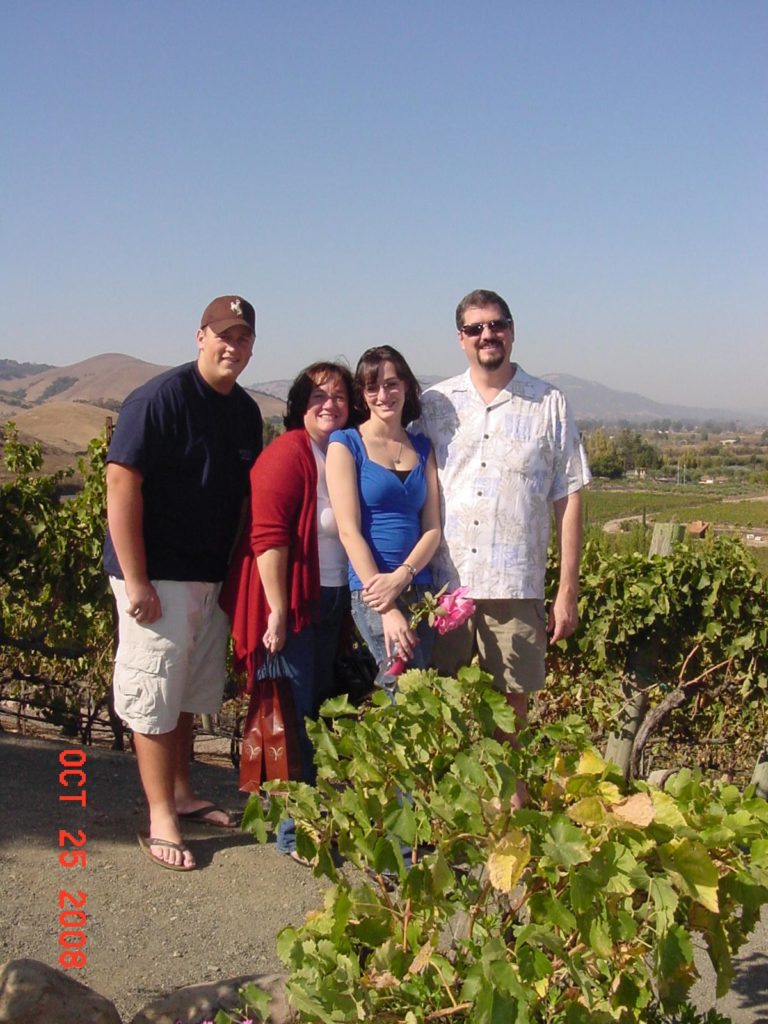 Cindy was smart and ambitious. When we moved to LA, we both worked for a bank, but Cindy decided to start her own bookkeeping business for individuals in the entertainment industry. It allowed her flexibility, so she was able to spend more time with the kids and be active in their lives. Some of my best memories are going on vacations together or to our house in the mountains. We would go camping, fishing and hiking. It was a great time.

As Jennifer and Ted became parents and we were not living near each other in LA. Cindy and I always made an effort to see them and the grandkids.

Everything was great until 2015, when our lives changed forever.

In May, Cindy had her annual physical, pap smear and a colonoscopy. There were no concerns after these check-ups. A few months later, she developed a very painful infection in her digestive tract called diverticulitis. The doctors treated her for the infection in September and she seemed to be doing much better. Then, the pain came back so she returned to the doctor in October.

“Everything was great until 2015, when our lives changed forever.”

A scan revealed two large tumors, one on each ovary. We were then referred to a gynecologic oncologist and were waiting to see them, but a few days later she was in such excruciating pain that we rushed to the emergency room. We were checked into the hospital on October 9th and she had surgery to remove the tumors on October 11th. The doctors also confirmed her advanced ovarian cancer diagnosis. 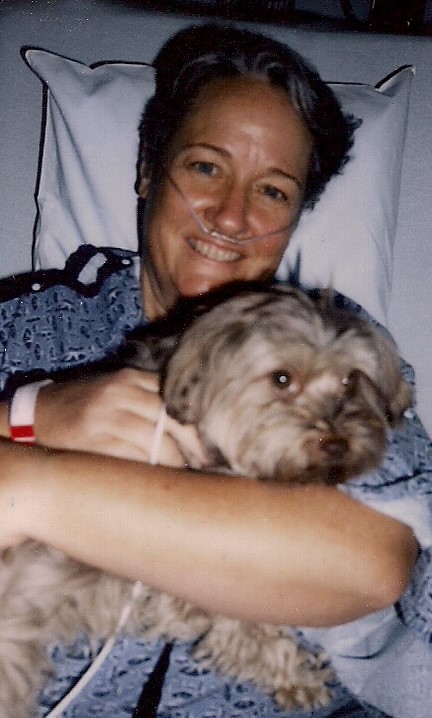 After her surgery and only one chemo treatment, Cindy passed away on November 13th – right before the holidays, only one month after her diagnosis; she was only 53 years old.

It was very hard, especially because our family was scattered. Cindy was such a big part of all our lives, she was the matriarch of our family.

Everyone’s cancer story is different. Each is filled with grief and darkness, but you have to find the silver linings too. Cindy wasn’t afraid of dying, she was afraid of the process being slow and painful. I am still angry and sad that my kids and I did not have much time to say goodbye, but I am grateful that she did not suffer for long. I’m also thankful that she met her grandchildren and was able to spend time with them.

Cindy and I had taken the time to go on some adventures together once the kids were out of the house. We traveled to the South of France, Jerusalem, Australia and New Zealand. I’m so glad we took those trips and I feel blessed to have those memories with her.

“Everyone’s cancer story is different. Each is filled with grief and darkness, but you have to find the silver linings too.”

I’ve often told our story for many reasons. It’s a lesson to appreciate every moment in life and to take every opportunity to make memories with the ones you love. Most importantly, our story demonstrates the real problem with ovarian cancer. We need a way to diagnose this disease earlier, before it gets to an advanced, aggressive stage.

Cindy didn’t show any signs or symptoms leading up to her advanced ovarian cancer diagnosis. She had no family history. Maybe the diverticulitis masked some of the symptoms or maybe she was misdiagnosed, we will never know. Overall, like many women who face this disease, Cindy did not have the fighting chance she deserved. 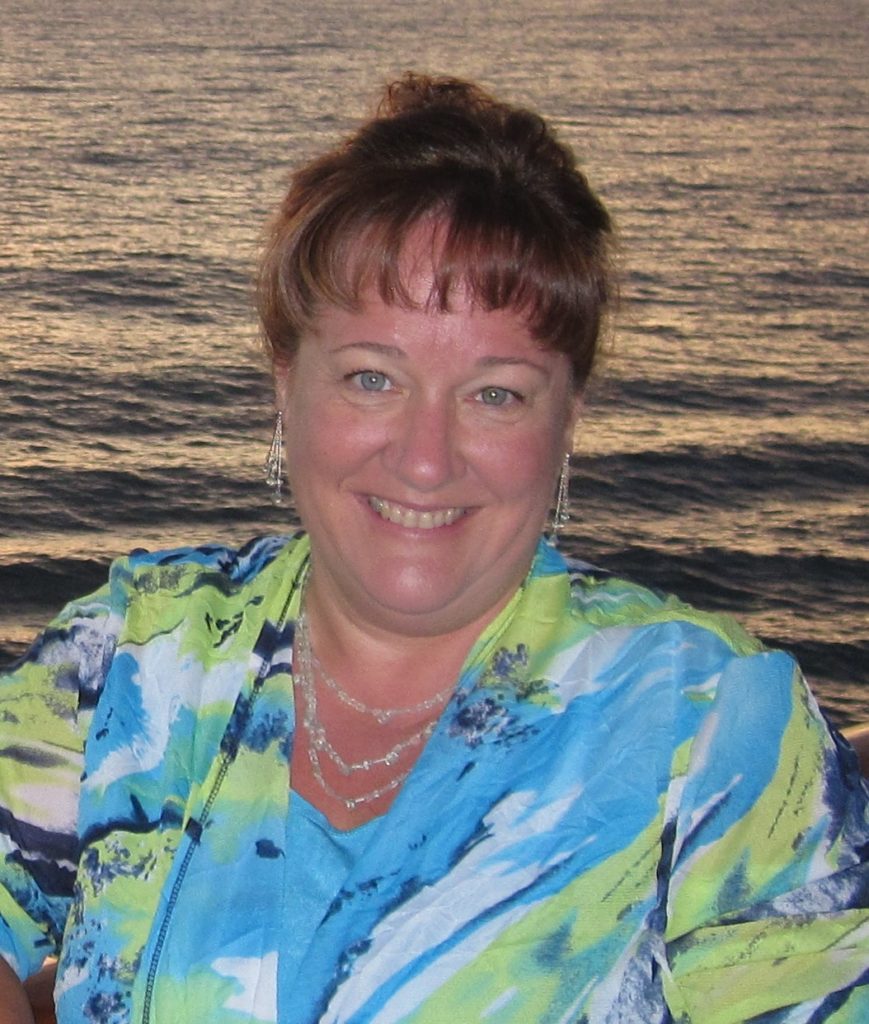 My advice for individuals with family members battling ovarian cancer or any other disease would be to just be there. There is no way you can pick up that burden from your wife, your mother, or any other family member going through this and it’s so frustrating, but you just have to be there. You must take in every moment of joy, even during the tough times. I remember when Cindy was in the hospital, we had a really fun day. I brought in some of her favorite foods and we watched football together. She was feeling good that day and it’s a great memory. Take in those days when you can get them.

Living without Cindy was a huge adjustment that sometimes felt impossible. The first year after her death was terrible, there is no other way to put it. But, slowly, I had to pick up the pieces and find my new “normal”.

“Overall, like many women who face this disease, Cindy did not have the fighting chance she deserved.”

A little over 2 years ago, I sold my house and moved into an apartment in downtown LA so I could walk to work. I wanted to simplify my life. Unfortunately, I then started working seven days a week.  I finally realized that was not a healthy way to be.

I decided if for nothing else than some socialization, I was going to start dating. Through mutual friends, I met Kim. We have so much in common and after dating for a while, we were married last September. I truly feel that we came into each other’s lives for a reason. Kim lost her husband, Gary, two months after I lost Cindy. We spend a lot of time talking about Cindy and Gary as both of us had been married for 30 years. Our relationship is special, and we have a deep understanding of one another. We miss our late spouses and that never changes, but we can be happy together. My kids love Kim and my grandkids love Kim.

With every story there is also hope. Kim gave me hope that I could be happy again. Through the work of organizations like Tina’s Wish, I also have hope that soon, we will be able to detect ovarian cancer earlier. The foundation recognizes that to truly help women and their families in a meaningful way, this disease must be identified at an earlier stage and they are working diligently to make that possible through funding groundbreaking research. They have a singular mission.

Cindy was pretty much the poster child for the Tina’s Wish mission. All women deserve a fighting chance against this disease, and I plan to continue honoring her memory by supporting their work to develop an early detection test, to solve the real problem with ovarian cancer.