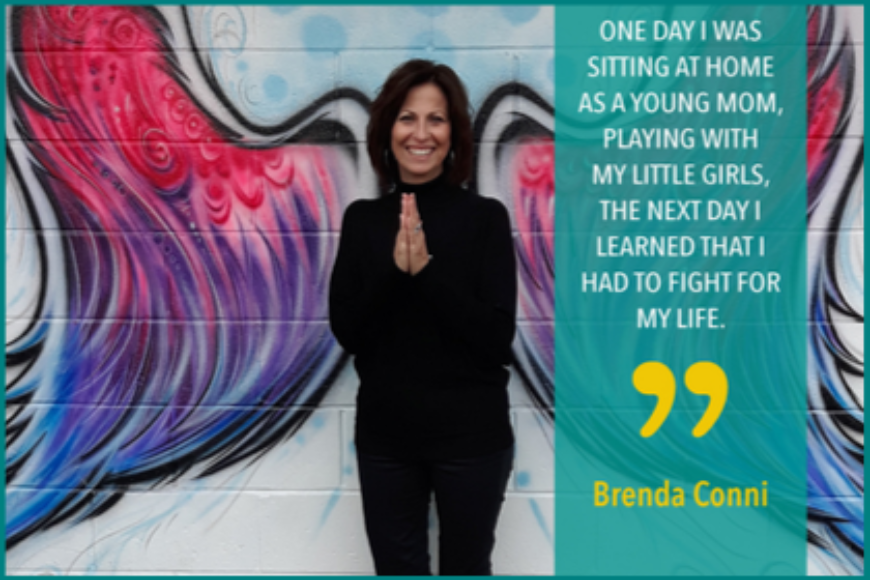 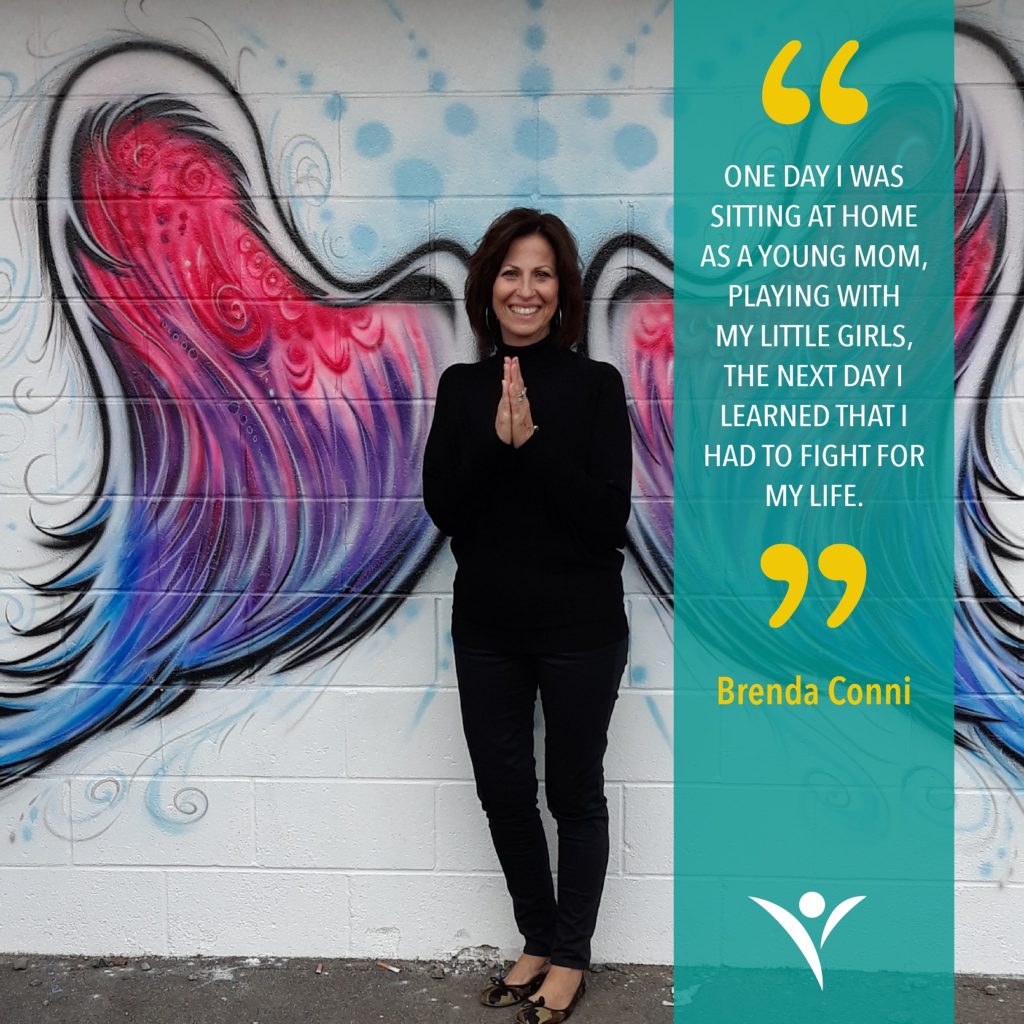 One day in 1987, I was lying in bed and noticed a lump in my abdomen area. I said to my husband “maybe I’m pregnant!” – which would have been great because I have always wanted a big family. I was 32 years old and we had already been blessed with two beautiful daughters, Stephanie who was two years old and Melissa who was only one. 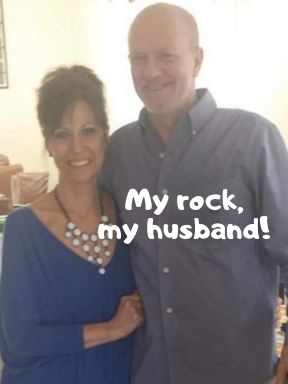 I decided to book an appointment with my gynecologist who confirmed that I was not pregnant and sent me to the hospital for testing. When I went to JFK, they kept doing ultrasounds over and over because they could not get a good picture of my female organs. After several rounds of trying, the doctor finally confirmed that there was a huge mass inside of my abdomen and they needed to perform immediate surgery – a total hysterectomy. The cancer had begun in my right ovary and covered everything.

Hearing all of this, I went into shock but knew I had to move forward. Life is full of surprises – you never know what will happen tomorrow. One day I was sitting at home as a young mom, playing with my little girls, the next day I learned that I had to fight for my life.

After my surgery, I stayed in the hospital for eight days waiting for the pathology report to come back. That week was terrifying because back then there was no one who came into your hospital room to console you or just build your confidence up and give you the hope you needed. You were left alone.

During those eight days I could not bear to see my daughters. I felt like seeing them would break my heart because I did not know what was going to happen. However, in the back of my mind, I did not lose hope. I think that is what got me through it the most. I remember praying a lot, mostly for strength. I found a lot of healing in prayer.

When the pathology report came back on the eighth day, the doctor came in and said, “I have good news – your cancer can be easily treated with radiation and you are going to be okay.” It was an atypical ovarian cancer – a dysgerminoma. They did six treatments of radiation because the cancer was growing up my pelvic wall. My doctor told me if I had waited a month or two more to have surgery, I probably would not be a Dysgerminoma ovarian cancer survivor.

“I did not lose hope. I think that is what got me through it the most.” 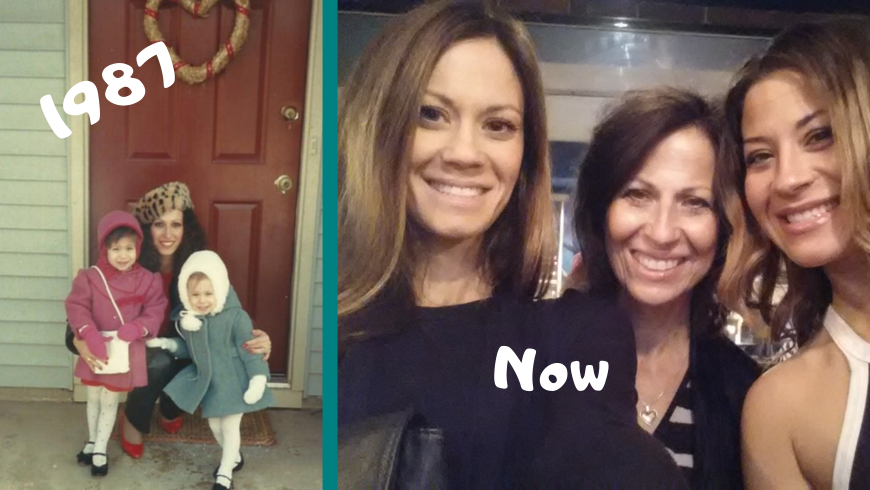 On that eighth day when the doctor told me “you are going to be ok” – I was relieved of course. I felt so blessed, but I also felt heartbroken when he followed with “I wish I could tell the woman in the next room the same thing.” I still think about that woman.

I stopped asking “why?” at that point in my life. There’s no rhyme or reason. I am not better than anyone else. I don’t know why I was blessed with more life when so many other women – mothers, grandmothers, daughters, sisters – aren’t as fortunate, especially when it comes to ovarian cancer.

I later had stomach cancer, completely unrelated to my ovarian cancer, which I was lucky to survive as well. 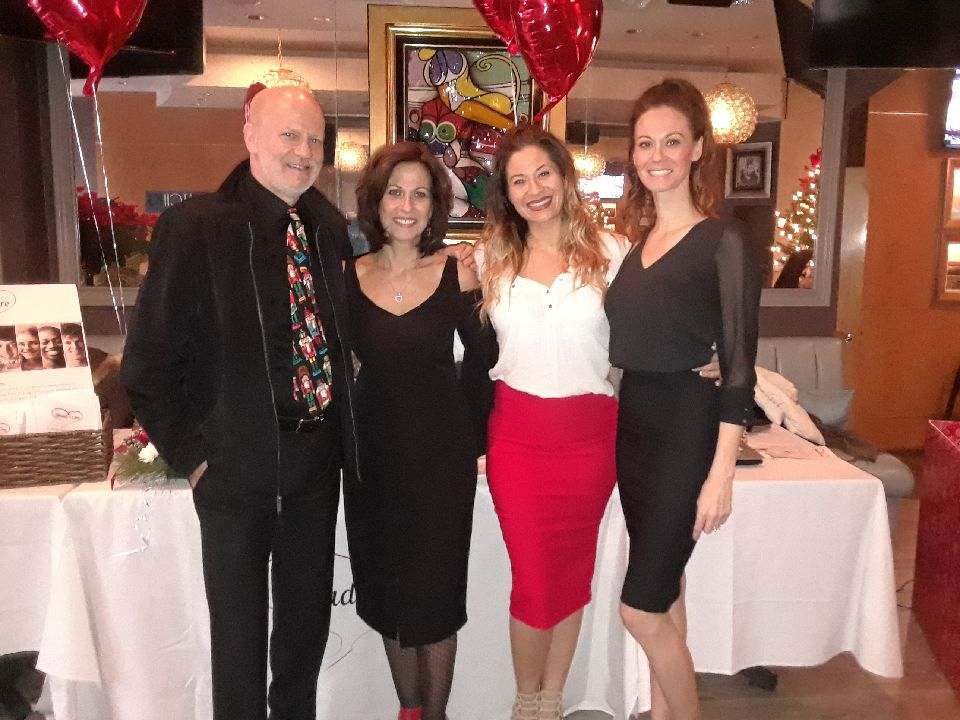 Throughout it all, I’ve realized the power of support systems. You need people cheering you on and holding your hand. I have been blessed with my family, especially my husband who is my rock and my girls – they are my everything.

I would tell anyone battling cancer to also find healing methods that work for them. I am very health conscious. I see various medical professionals and monitor everything. After cancer, it becomes a part of my life. Every time I turn around, I’m getting another test or getting something checked. I also do acupuncture and yoga – both have been uplifting for my mind, body and spirit.

“Throughout it all, I’ve realized the power of support systems. You need people cheering you on and holding your hand.”

Battling cancer is hard, but you must tell yourself “I am never giving up.” I found strength in having that mindset. You have to keep moving forward. You must have HOPE. I can happily say “I am a Dysgerminoma Ovarian Cancer Survivor!”