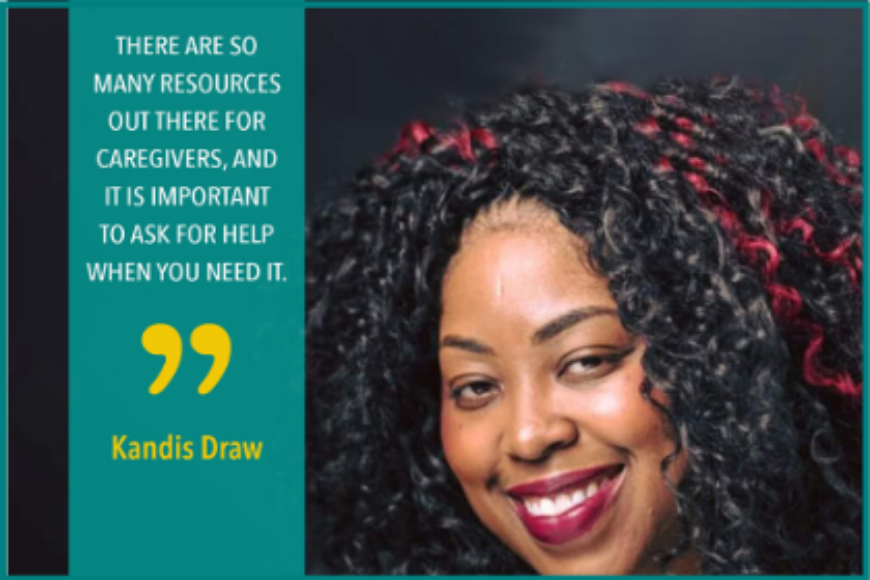 Being My Mother’s Caregiver 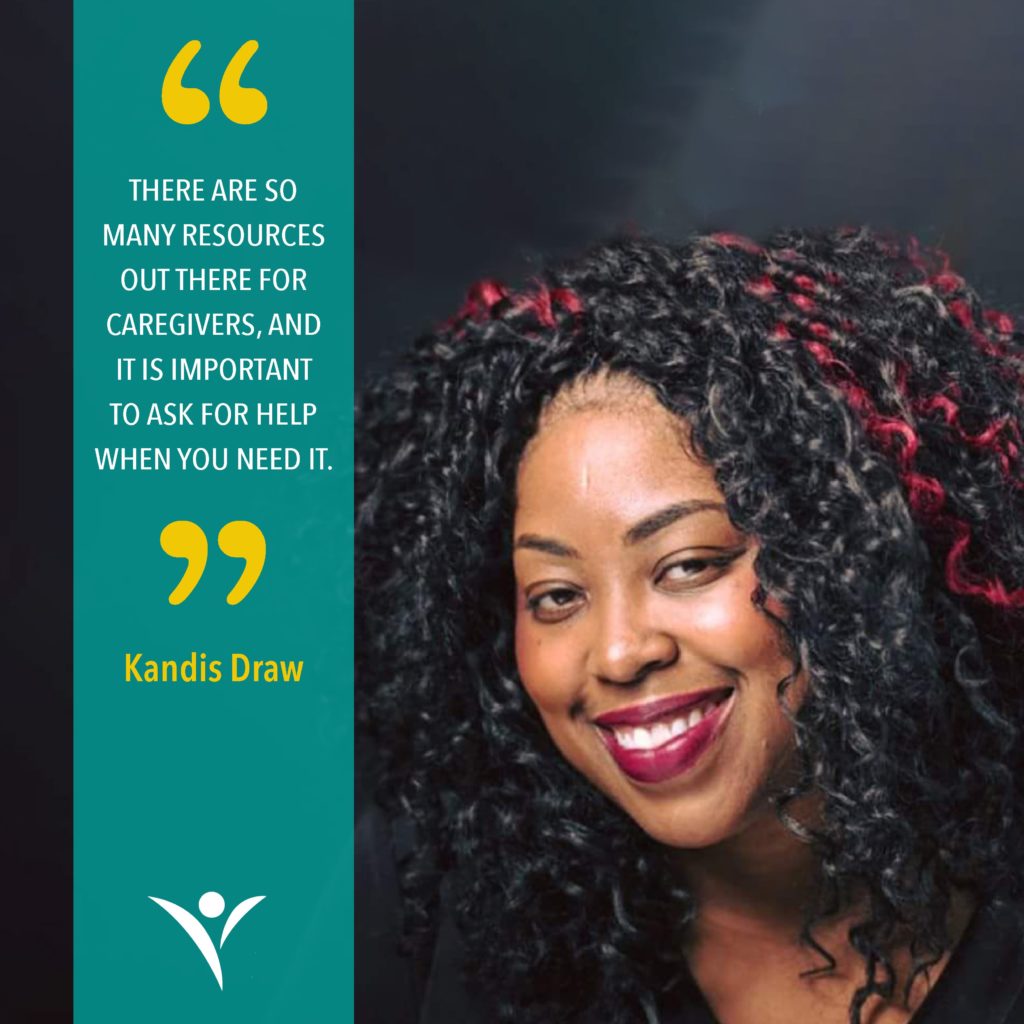 Illinois native, Kandis Draw, was her mother Nellie’s caregiver during her 3.5-year battle with ovarian cancer. Since her mother’s passing in 2014, Kandis made it her life’s mission to give back to her community through her involvement with ovarian cancer organizations by spreading awareness about this disease. Kandis hopes that by sharing her story other ovarian cancer caregivers will find comfort in knowing they are not alone.

Tell me more about your mother. What were some of her best qualities?

My mom was a passionate, smart and strong-willed woman. My mom valued family and loved children. When she was passionate about something, you could not change her mind. She was stubborn. She was also an excellent cook.

When was your mother diagnosed with ovarian cancer? Did she have any symptoms? 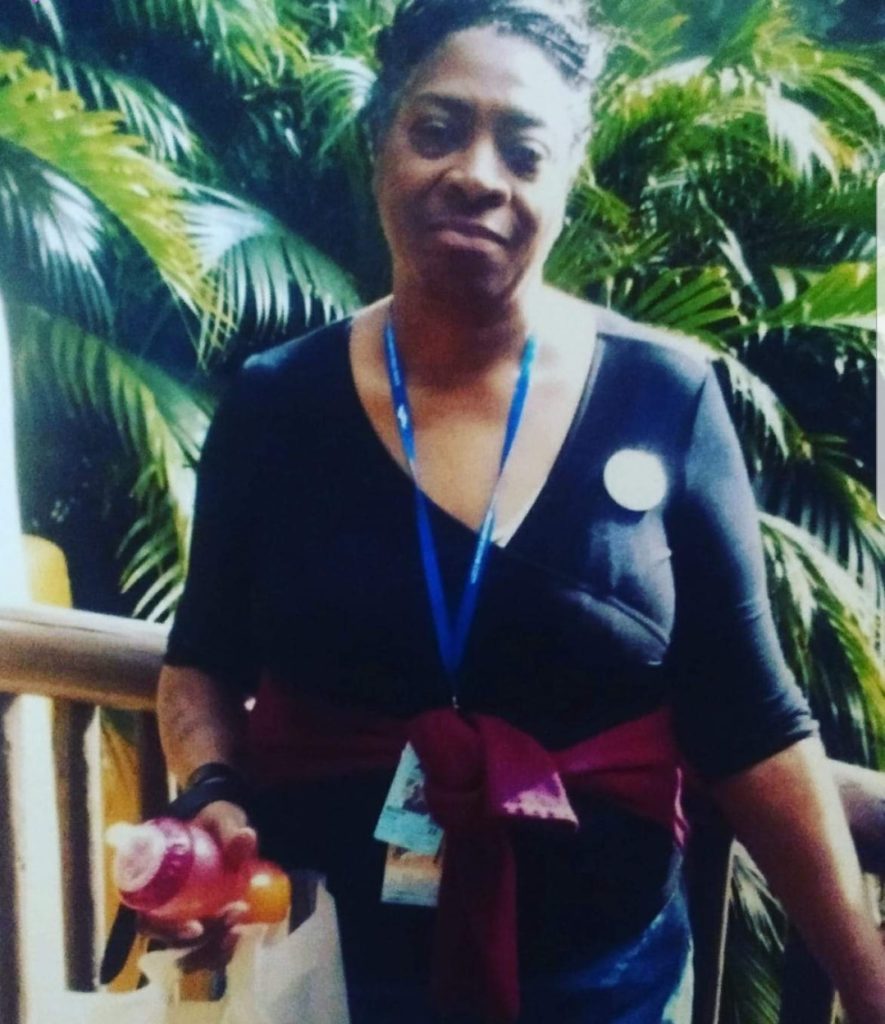 My mom always had the “whispering” symptoms, like bloating and other signs that were mistaken for gastrointestinal issues. She was going to her gynecologist on a regular basis but because there is no early detection test for ovarian cancer, they were not able to diagnose it in a more treatable stage.

My mom started having severe and debilitating abdominal pain. Once she began having difficulty urinating, we took her to the emergency room. After performing a CAT scan, the doctors saw a large tumor and she was diagnosed with Stage IV ovarian cancer which had also spread to her liver. It was November 2011.

When was your mother was diagnosed, how did it affect your family? Who took on the caregiver role?

I immediately took on that role; I knew I had to be her caregiver.

My brother was in Marine boot camp at the time and my dad had to work to support the family financially. My sister helped when she could, but she lived in another state, so it was hard for her to always be present. I did not want my mother to go into a convalescent home and there were two other young children (6 and 11 years old) at home that I had to step up for as well. I had to be strong for my family.

This big transition affected all of us immensely. Who can really prepare you for a cancer diagnosis? Especially when it happens so quickly and unexpectedly.

For the first 2.5 years, my mom chose the homeopathic route. Her attitude was that she was in stage IV and wanted to try natural healing remedies. I looked after her every day. There were good days and there were very bad days.

I think one of the toughest parts was that I had to also look after my young siblings. I had to keep a smile on my face and make sure they were ok mentally, but also take on other parental duties – getting them to school, helping them with homework, making sure they were getting to all their after-school activities.  I had to grow up fast.

In 2014, my mom finally decided to go to Cancer Treatment Centers of America for chemotherapy.  She underwent one round of chemo, came home and things took a turn for the worst. I was looking after her one day and she wasn’t responding at all. We found out that she had a blood infection. The blood infection caused her to have a stroke and that is how she died.

What advice would you give to another ovarian cancer caregiver taking on this role?

It’s very difficult being an ovarian cancer caregiver, but there are so many resources out there for people to take advantage of and it’s important to ask for help when you need it. For the first couple of years, I didn’t even realize there were support groups for caregivers, but then I began attending one in 2014 and it helped so much. It’s important to connect with others who have been through a similar experience so you can understand all of your responsibilities.

A caregiver needs to find his/her own support group to whom they can vent, and they need people that will come over and help so they can also take care of themselves.

Allow yourself to take a break so that you can re-energize and be a better care giver.

Prepare yourself for personality shifts in your loved one. When someone is battling a chronic illness, there are going to be times when they get angry or lash out. Do not take it personally – put yourself in their shoes and be understanding and forgiving.

Since your mother passed, you’ve become involved with many different organizations. What inspired you to turn pain into purpose?

Since your mother passed, you’ve become involved with many different organizations. What inspired you to turn pain into purpose?

Right after my mother’s death, I took some time for myself. I needed to grieve and heal of course. Then, I decided to really take my own health more seriously – both physically and mentally. I lost a lot of weight, went to therapy, traveled and started to brainstorm ways to give back to my community.

The more I read about ovarian cancer, the more I realized how urgent the need is for awareness. My mom was always health conscious; how was this not on her radar? Why don’t we hear about this disease which is the number one deadliest gynecologic cancer? Why is there no way to detect it early?

I did a lot of research and found out that Illinois has a NOCC (National Ovarian Cancer Coalition) chapter. I began volunteering and helping to plan their run/walk. Becoming involved with the NOCC helped me immensely. I was able to channel my feelings into something positive.

Ovarian cancer desperately needs more people spreading the word. Breast cancer has a huge platform and so much awareness, which is great, but I want to see the same for ovarian cancer.