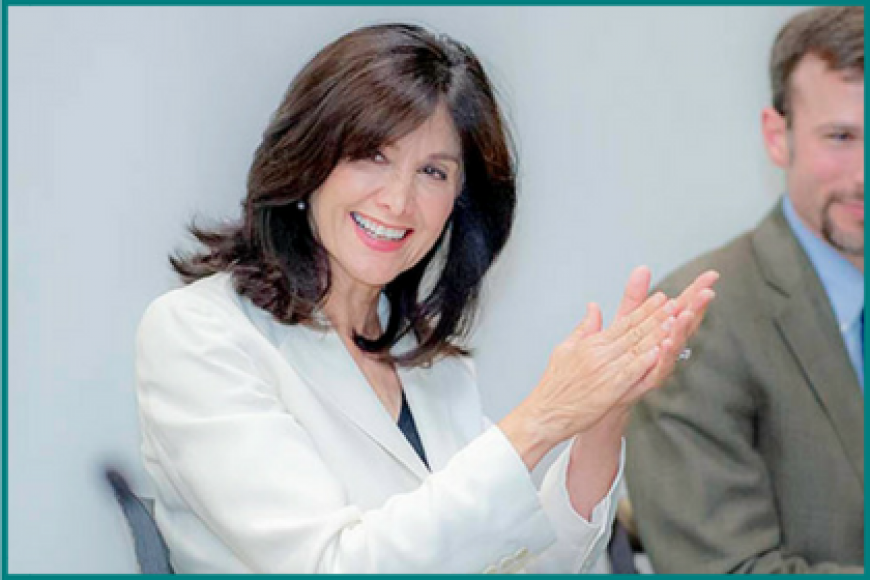 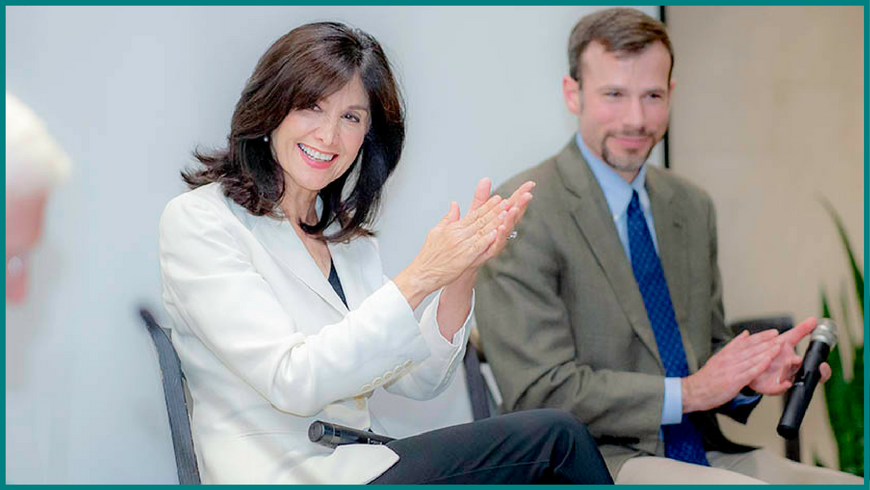 Joyce Kulhawik, best known as the Emmy Award-winning Arts & Entertainment Critic for CBS-Boston (WBZ-TV1981-2008), is currently President of the Boston Theater Critics Association and a member of the Boston Society of Film Critics. Her reviews appear online at JoycesChoices.com as well as WBUR’s The ARTery and WBUR Radio.

A two-time ovarian cancer survivor and one-time melanoma cancer survivor, Joyce testified before Congress on the occasion of the 20th anniversary of The National Cancer Act. Since 1983, she has helped to raise millions of dollars for cancer organizations.

We were honored to have Joyce as the keynote speaker for our 2018 Boston Gathering. Check out our interview with Joyce below to learn more about her story!

You often say that you are a living example of how ovarian cancer is difficult to diagnose. Can you tell us about your symptoms and how you were diagnosed?

I was 35 years old and I was in my room doing a yoga workout. Suddenly, I was freezing cold. I started getting chills, sweats and violent abdominal pains. I knew something was wrong, so I got myself down the stairs, into the car and drove to the nearest hospital. When I got there, the doctors diagnosed me with a pelvic infection, put me on intravenous antibiotics in the hospital for about a week, then checked me out with a clean bill of health. Despite this, when I got home I just knew I was not well. I knew I was not my normal self.

A good friend from high school visited me a few days later and I asked her to look at my bloated stomach. “Does this look normal to you?” I asked her, and she agreed it was not normal and that I should get a second opinion.

The next day, I called another doctor and she told me to get to the hospital fast. I go to Beth Israel and when I got there, they diagnosed me with appendicitis. They made plans to take out my appendix immediately. When they opened me up in the operating room the nurses almost passed out because it was what appeared to be an almost ruptured tumor. After lab results, it was confirmed that it was ovarian cancer, stage 1A. 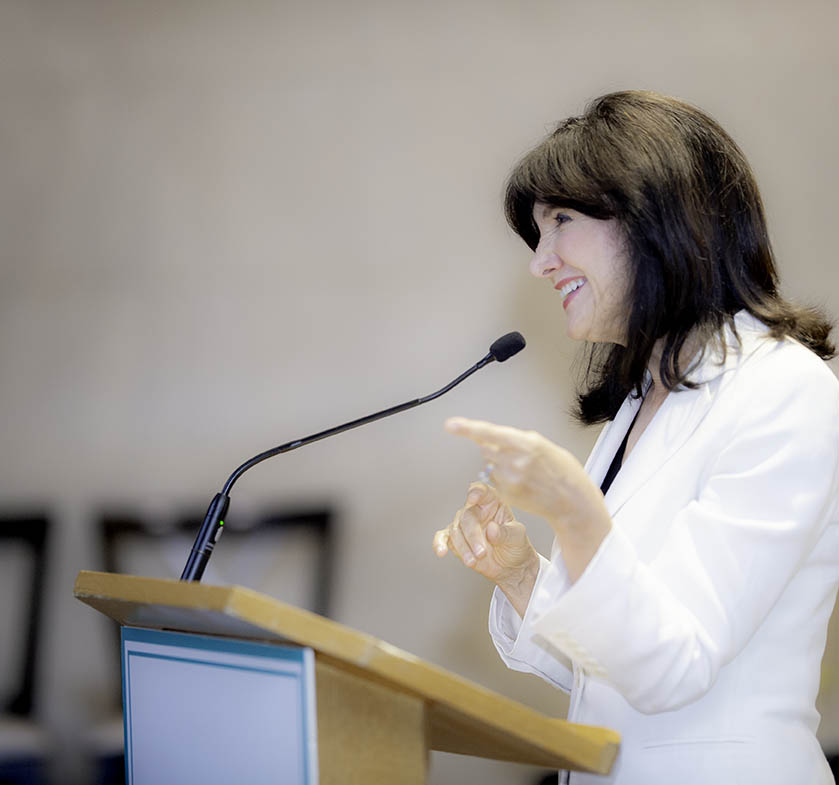 After removing the tumor, they informed me that I didn’t need chemotherapy and told me that I should go “have my family” and when I’m done, to come back so they could remove everything. “Wow, close call!” I thought, and went on my way.

That decision nearly cost me my life.

About a year later, I’m on a flight to Nairobi and while the plane was coming in for a landing, I was racked with abdominal pain. I thought to myself “is this the flu? Is this cancer? What do I do?”

I decided to stay. I sat around for a couple days in the hotel, then my body sort of worked itself out and I managed to enjoy the trip. When I got home I felt more pain, went right to the doctor and expressed that I still wasn’t feeling well. A team of docs then diagnosed me with pancreatitis. “Are you sure?” I said, “I’ve had ovarian cancer.” One doctor made a point of saying, “it’s not ovarian cancer. That disease is behind you.” I was in the hospital for five days, then was checked out after they determined I was “fine.” I got home and I started having more abdominal pain.

Back up. While I was in the hospital, they had done a blood test called CA 125. This is a tricky test because sometimes it gives false positives, or false negatives and it’s not fool-proof. However, it can potentially be a marker for ovarian cancer if elevated and in concert with other symptoms-for some people. When the doctors got the results back, I remember them calling me at home and saying, “You have to come in right now… your CA 125 is through the roof and we think this disease is back.”

They scheduled me for surgery but I didn’t quite make it. I had to be rushed to the hospital the night before the surgery, due to more violent abdominal pain, nausea, vomiting, the works. Upon opening me up, the doctors realized there was now a full-blown tumor that had ruptured, not once, not twice, but three times and there were pieces of this tumor all over my abdominal cavity.

I had a full hysterectomy, followed by six months of chemotherapy. When I got through all of the therapy, I asked for a second look surgery. They opened me up and I was clean as a whistle. That was 30 something years ago and miraculously, I am alive talking about this disease.

What advice would you give other women in relation to their health?

Pay attention to any subtle symptoms. As it turns out, I had over a year and a half of urinary tract infections that seemed completely inexplicable to me and my doctor. There were many times that I felt bloated but I just thought I was getting older and heavier. I did have some mild indigestion.

You have to trust and listen to your body.

What advice would you give women who have just been diagnosed with ovarian cancer?

Never go to the doctor by yourself. I used to go with my husband, my brother and mother – all of us – because when you get a diagnosis or an update, there is no way you can physically, mentally and emotionally take in everything you have to absorb. Having your own personal team as a support system is important.

You have to question. You live inside your body and you know it better than anyone else. Then you have to find another doctor, because you always have to get a second opinion. No one doctor or institution can know everything and you have to gather as much info as possible, until YOU feel comfortable and really trust what they are telling you. Don’t EVER be afraid to challenge your doctors. If they make a mistake, it’s YOU who pays the price. You must own your body and take charge of your health. Sometimes people naturally want to passively absorb what’s being told to them, even if it doesn’t feel right. But you should ask questions and seek answers from multiple sources especially if what someone is saying just doesn’t seem right to you. A good doctor will welcome a second opinion and even facilitate it.

“You must own your body and take charge of your health.”

Always remember that there is a tremendous amount of love and support out there for everyone. We are all human and we are all in this together. This has to do with not only your own immediate circle of family and friends, but strangers who when they find out you have this disease, will embrace you. When I was sick in that hospital, there were so many people who sent cards, letters and words of encouragement. Those warm gestures and that support helped heal me.