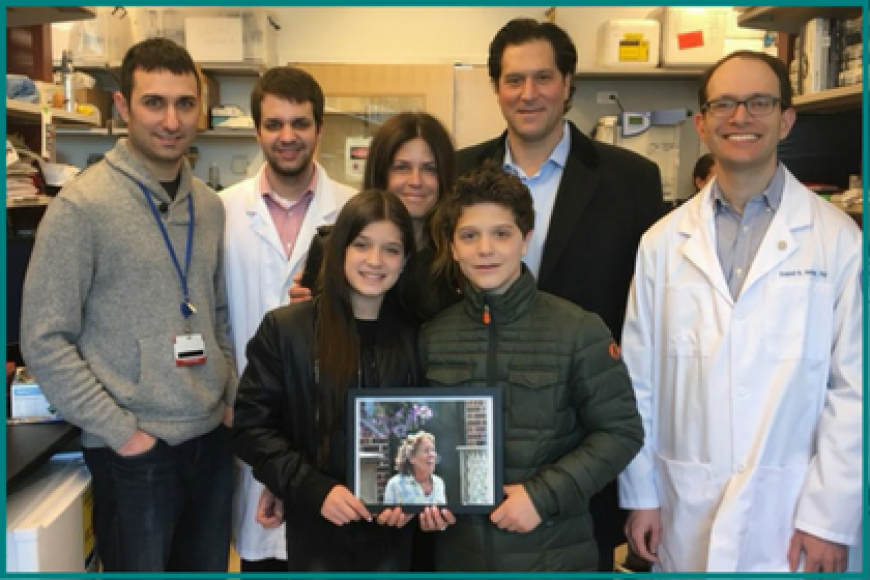 WE ARE ALL WARRIORS IN THIS BATTLE 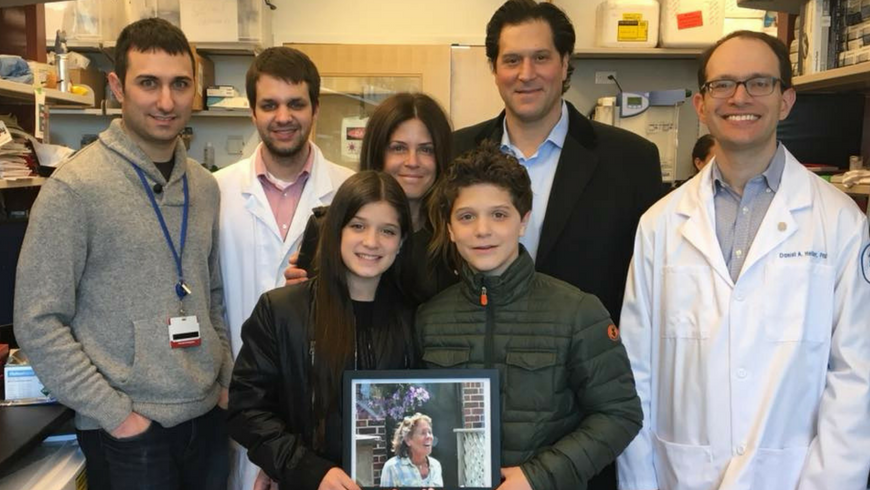 In 2013 I lost my mother, Nadine Fladell, to ovarian cancer.

My mom was authentic, fierce, passionate, unstoppable and completely devoted to her family. She was a one-woman army who would not stop until she got what she was after.

From the little things like finding the very best bargain she could, to the amazing way she battled this disease to make sure she had as much time with her children and grandchildren – nothing could stop her.

She was always very health conscious, staying in shape and on top of doctor’s appointments. However, on a horrible day in 2005, my mom’s doctor noticed she was bloated and discovered a mass on her abdomen. The next step was a CT scan which came back reading “no carcinoma”. Unfortunately, this was wrong.

After receiving more improper diagnoses and several doctors later, it was finally confirmed that she was either stage IIIc or stage IV. She had her ovaries and fallopian tubes removed, chemotherapy followed. Her remission lasted only 9 months. 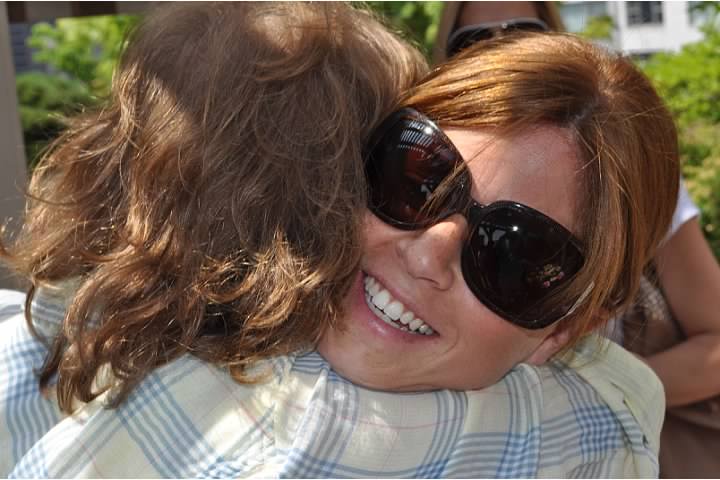 The cancer came back and spread to her intestines, so the doctors did a resection and removed everything that should have been removed in her first surgery. This was followed by intraperitoneal chemotherapy as well as standard chemotherapy. Her next remission lasted 18 months.

Throughout the course of the next five years my mom’s cancer kept coming back. She underwent three more surgeries, received 15-16 treatments, suffered infections and endured physical pain that I cannot even begin to imagine. A true warrior, my mom would drive an hour to my house at 6 in the morning the day after chemo, just to get some time with her grandchildren before they left for school. She lived every moment to the fullest, never gave up, loved with every fiber of her soul and gave all of herself to the people who she loved. There was no one on earth like her and I miss her with all my heart.

If there had been an early detection test for ovarian cancer, my mom would probably be standing here today. There was no way to detect the disease then and there still is no early detection mechanism available for women today. Most of them, like my mom, are diagnosed in late stages when the cancer has already spread to other organs and the chance for survival is low.

My husband, Chris, and I started supporting Tina’s Wish because it is dedicated to solving this problem. Tina’s Wish is relentless in its pursuit of finding an effective early screening method for ovarian cancer. This organization brings together an actual army of the world’s best and brightest doctors and research scientists to achieve their goal. Tina’s Wish is singularly focused on, and devoted to helping other mothers, grandmothers, sisters and daughters get more time with their families.

“We are all warriors in this battle.”

I hope that others will realize how important this cause is and stand behind the efforts of Tina’s Wish, whether it’s through donating, attending an event or just raising awareness around their mission. Like it was Tina Brozman’s wish, it was most certainly my mom’s wish to catch this horrible disease earlier, so she could have been here today to watch her grandchildren grow up.