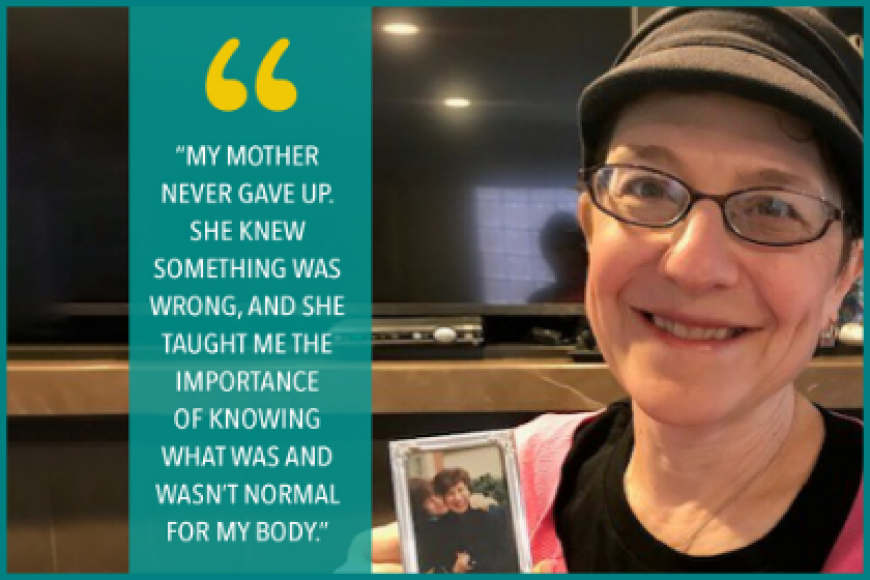 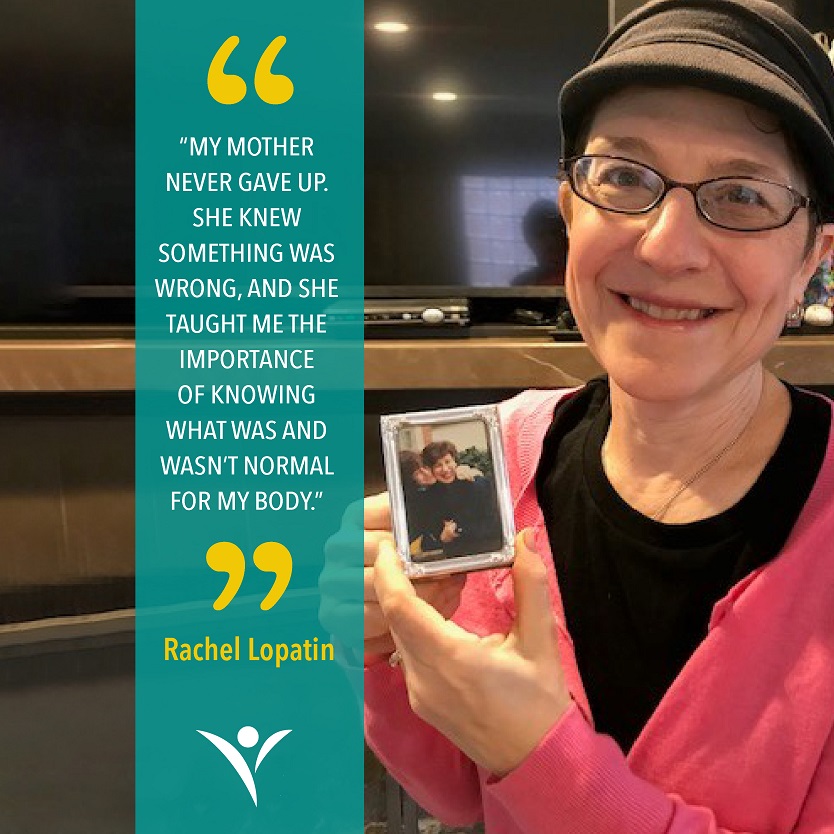 In 2000, Rachel Lopatin lost her mother Charlotte to ovarian cancer after a three-year battle with the disease. Like too many women, her mother’s cancer was found too late. Rachel’s mother taught her the importance of being vigilant about your own health, and to keep pushing until you are being heard.

With the lack of early detection tools for ovarian cancer, it’s even more important for women to know the signs, to know the symptoms, and to know their own bodies.

We are grateful to Rachel for sharing her mother’s lessons and story with us.

Tell me a bit about your mother. What were some of her best qualities? 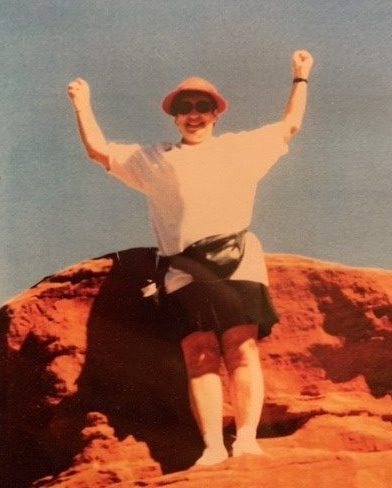 She was a stay-at-home mom, unbelievably creative and dedicated to our family. She took a lot of pride in her house and enjoyed making everything look beautiful to show how much she cared about her home and everyone around her.

My mom was a warm person, an active volunteer in our schools, and a great friend with a very close circle of friends. She was just wonderful. I miss her every day.

Can you tell me about your mom’s diagnosis? Did she have any signs or symptoms?

She was diagnosed with breast cancer when she was 47, and she never really regained full health from that point onwards. She started having a lot of stomach issues: bloating, diarrhea, cramping, pelvic pain. If we had known the signs and symptoms of ovarian cancer, we would have noticed that she checked every single box.

It was one of those textbook cases; she would go from doctor to doctor and they would run tests and then diagnose her with something like irritable bowel syndrome or tell her she had to reduce her stress or change her eating habits. She had already had a hysterectomy and an oophorectomy, which made it even more difficult to detect anything affecting the ovaries. Finally, after months of being incredibly uncomfortable and bloated a doctor realized she was filled with fluid. They removed about a liter, which tested positive for cancer cells. The doctors kept running different tests, but it wasn’t until that fluid was found that she was diagnosed with ovarian cancer. It was found very late.

What happened after her diagnosis? Did she have immediate surgery?

She had surgery followed by chemo immediately after being diagnosed in the summer of 1996. She went into remission, but the cancer kept coming back and we knew by September 1999 that there was nothing more they could do. She passed away that January.

It was awful, but she kept fighting. She planned my wedding and my brother’s wedding while she was going through chemo. My mom was a warrior – she was willing to try anything to save her life, but the cancer was just too strong. 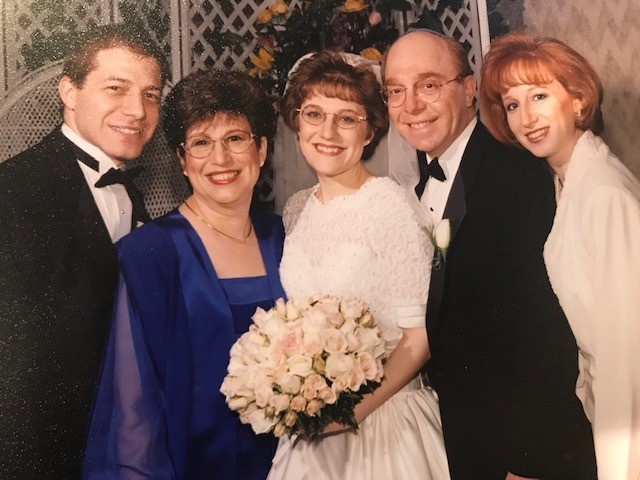 I wish there had been more awareness and she was diagnosed sooner. To my mother’s credit, she never gave up. She knew something was wrong, and she taught me the importance of knowing what was and wasn’t normal for my body. She fought back after every misdiagnosis. She knew it wasn’t her normal, and she kept pushing until the cancer was found. Unfortunately by then, the cancer was in an advanced stage. My mom’s ovarian cancer was found too late.

“My mom was a warrior – she was willing to try anything to save her life, but the cancer was just too strong.”

Did your mother have any family history or genetic mutations?

She was a carrier for the BRCA mutation, but my sister and I are not.

On one hand, not having the mutation was great news but on the other, not having the mutation does not make me immune. My sister and I are still just like every other woman in the pool. It is a hard balance day-to-day to not be neurotic and not live in fear, but to be proactive and keenly aware of one’s own body. When I think of my mother’s case, it’s the fact that we just kept missing the cancer that has really stayed with me. Maybe the outcome would not have been different had we caught it earlier, but it could have been easier for her.

That is why research is so important. Early detection is not going to solve everything, but it will make a huge difference; it will save many lives.

What has this experience taught you, and what advice would you give to someone who has a family member battling ovarian cancer?

Be vigilant. Don’t be afraid to question what you have been told by your doctors until you feel you are being heard, and your questions and concerns are being answered. There are times I do not think women’s complaints are taken seriously. It is important to be persistent. 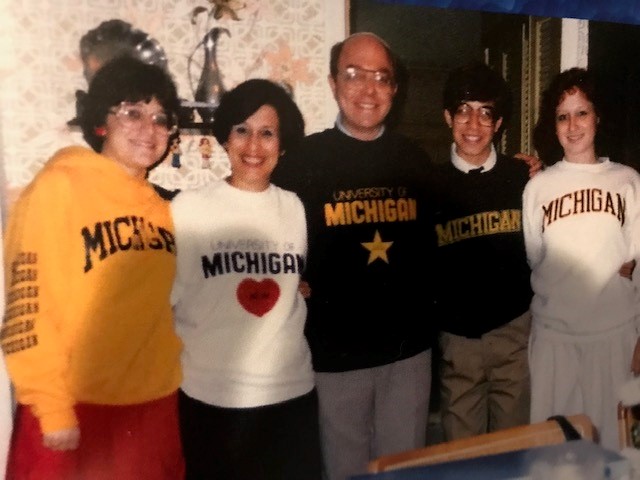 “Early detection is not going to solve everything, but it will make a huge difference; it will save many lives.”

My other piece of advice would be to enjoy every single day with your loved ones. Take in those moments – big and small. Looking back on the memories with my mom fills me with warmth and puts a smile on my face. I am so blessed to have those special memories with her that I will cherish forever.