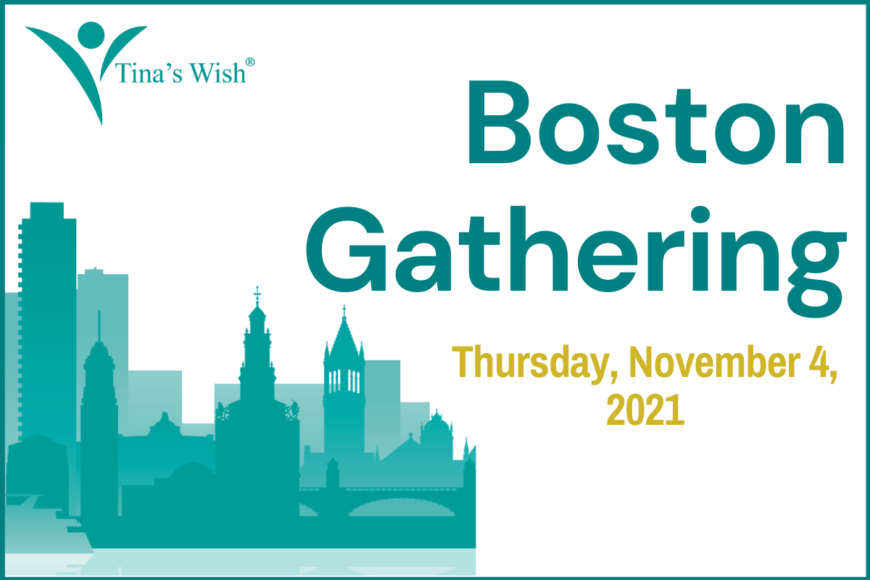 The Tina’s Wish 2021 Virtual Boston Gathering was attended by over 75 supporters who helped us raise more than $100K for scientific research into the early detection of ovarian cancer. Emmy Award-winning Arts & Entertainment Critic and 2X Ovarian Cancer Survivor Joyce Kulhawik led a panel with Dr. Dipanjan Chowdhury and Dr. Kevin Elias about their progress developing an early detection test for ovarian cancer and the MiDe Clinical Study, which is now live and currently enrolling participants.    Thank you to the Boston Gathering Committee, sponsors and everyone who attended virtually!

Proceeds from the evening benefited research into the early detection and prevention of ovarian cancer.

To learn more about the research that Tina’s Wish funds, CLICK HERE. 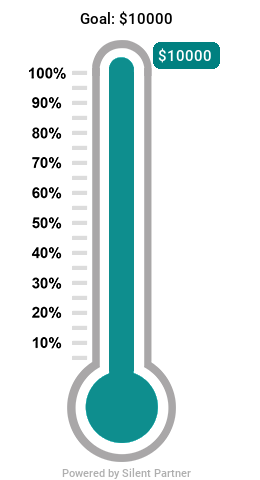 of individual contributions made in support of the Boston Gathering 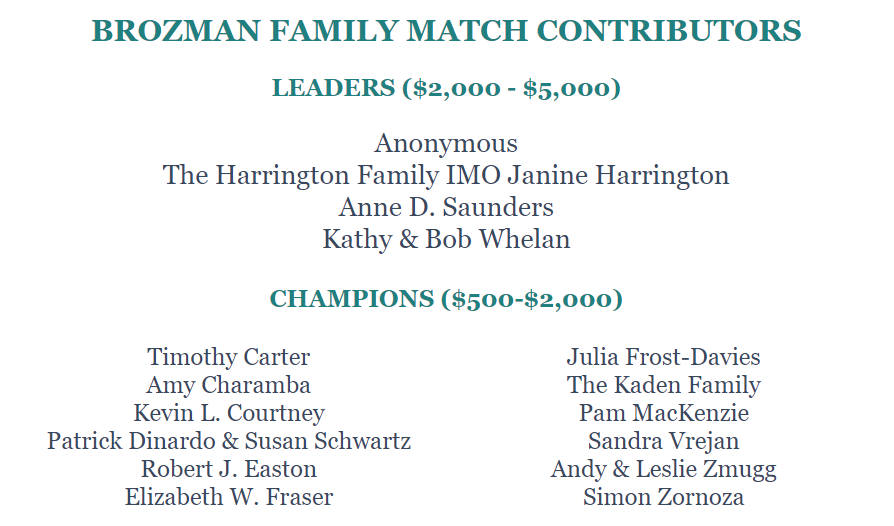 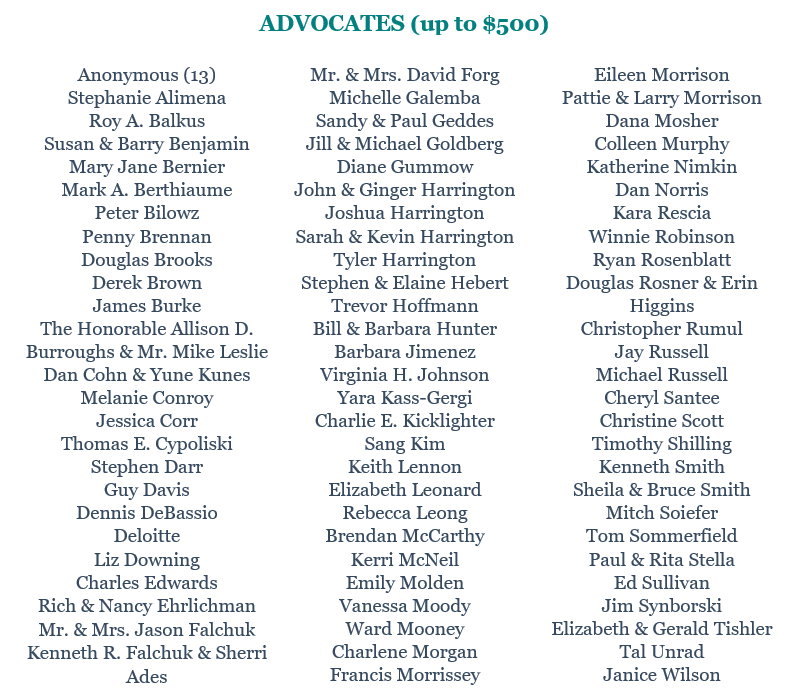